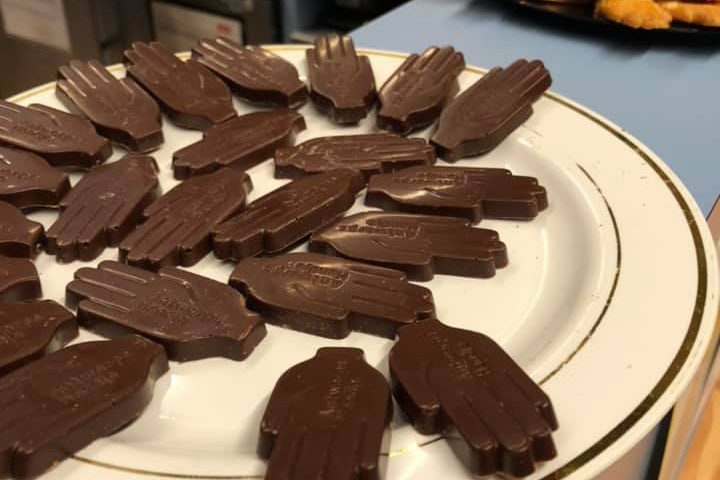 Tonight I'm attending the opening of the expo ‘Antwerp Hands’ for which I did a piece a couple of years ago and which is travelling the world ever since. Now it’s back in Antwerp, Belgium for the time being, in the beautiful Chatedral of our LadyTruly a magnificent venue for an illustration exhibit. I’ve had my work exhibited in more earthly places than this one. Cool to see my work in this beautiful Chatedral. Must admit that the exhibit design wasn’t all that but I think the Pope might have been worried the illustrations would pull all the attention away from the Rubens painting next to it.

Antwerp Hands are biscuits or chocolates and one of the most known products of the city of Antwerp. The little hand refers to the legend of the giant Druoon Antigoon. He demanded a very high toll from the ships that passed by on the river Scheldt. Those who refused to pay had one hand chopped off. Silvius Brabo challenged the giant to a fight, killed him and threw one of the giant's hands in the river.

For this exhibition the curator asked the selected artists to make an artwork based on the theme 'Friendship' using the shape of a hand as a canvas. 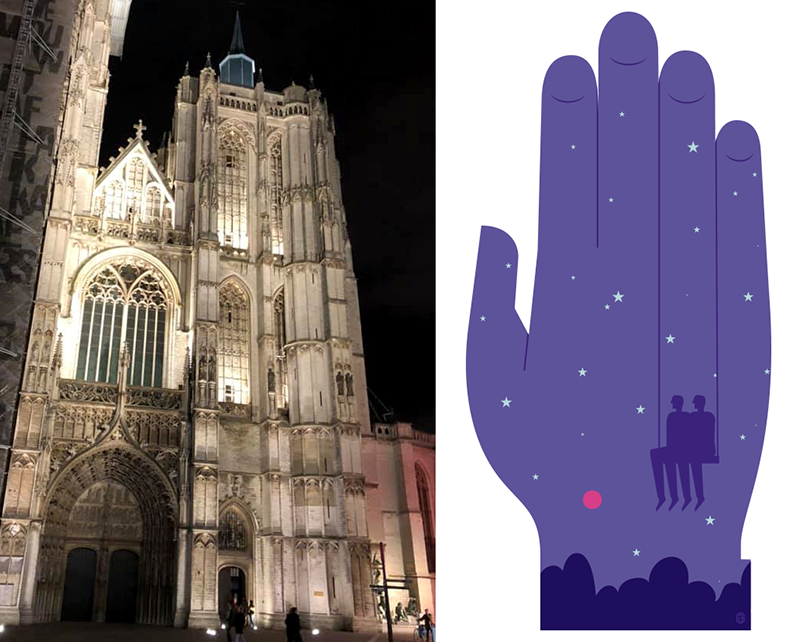 Chatedral of our Lady, Antwerp and the exhibited piece

Some pics of the interior. Must say that all these smartphone photos don't do justice

The church shows an interesting collection of classic art and crafts... 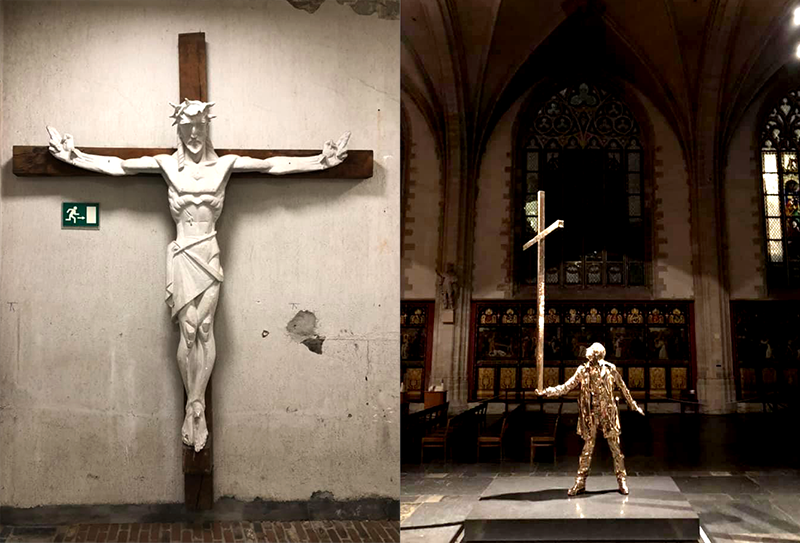 ...as well as modern art reflecting on religion, spirituality and meaning 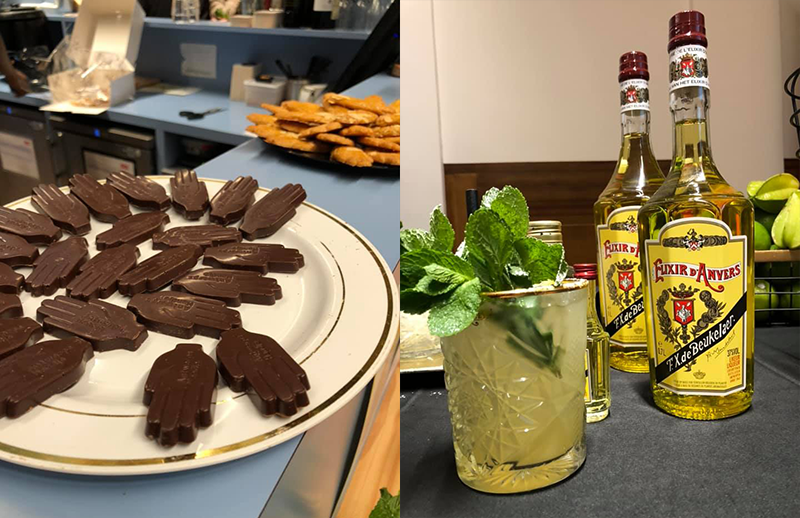 of course there where plenty of Antwerp Hands, the classic variations of biscuits and chocolates. Nowadays there's also a variation with Elixer d'Anvers. The Elixer was served as an equal delicious as pretty cocktail